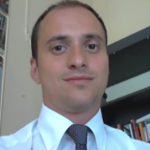 Project manager with 15 years of experience in managing international development programs of increasing complexity, funded by cooperation projects by the EU and Italy. Technical, administrative and HR managerial skills acquired as an experienced consultant working both for the public and the private sector.

High level negotiation, diplomatic and decision-making skills have been developed while closely collaborating with high government officials and exchanges with counterparts in the public and private sector. Currently Co-coordinator and Manager of the EL PAcCTO, focused on enhancing operational co-operation between police, justice services and prison administrations to strengthen the fight against transnational organized crime in Latin America.

Previously Senior Officer managing social and labor policies within EUROsociAL, a program fostering cooperation between European and Latin American institutions for the improvement of public policies.

Lorenzo holds a B.A. in Political Economy, with a comparative analysis of growth and poverty in Europe and Latin America. M.A. in International Strategic and Military Studies, from the higher institute for military forces (ISSMI), Ministry of Defense. Since 2012, lecturer in Latin American studies high course

Netplan has been established in 2004 with the dream of supporting individuals, organizations and companies in defining their goals, in laying down and executing action lists with effectiveness, integrity, social responsibility and passion.