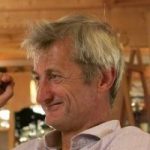 Pier Francesco Pinelli is currently the Commissioner of Foundation INDA, appointed by the Minister of Culture and is an executive advisor with several international clients. He held executive positions in Power Generation, Renewables, Refining, Integrated Downstream and in cultural and performing arts public institutions

As an Erg Executive Pier Francesco was heavily involved in M&A activities ranging from large size deals such as the merge of Erg Petroli and Total Italia or the sale of the Isab Refinery to Lukoil to medium to small size acquisitions merge and divestments in Italy and Spain
At the same time Pier Francesco had management roles in about 20 Joint Ventures and partnerships with private entrepreneurs as well as with energy Majors (Shell, Exxon, Total, Mol, Gaz de France, Lukoil) maturing strong skills and experience in this area.

Pier Francesco was appointed Commissioner of the Foundation Istituto Nazionale del Dramma Antico, responsible of the largest drama festival in Italy, where successfully completed a 24 months turnaround leading to an increase of 23% in revenues and spectators and the improvement of economic and financial conditions.

Pier Francesco has also held senior positions in Bain and Company (Management consulting) serving several clients mostly in energy, utilities and manufacturing industry and to a lesser extent in Services, project development positions in AES Corp, where he was member of the team that successfully acquired the Tisza Power company in Hungary. Pier Francesco started his career as project engineer at Ismes, a R&D division of Enel, the leading global electricity company.

As a consultant Pier Francesco developed a distinctive capability in the support of several sectors of the no profit such as performing arts, cultural heritage, secondary school education, development cooperation

Netplan has been established in 2004 with the dream of supporting individuals, organizations and companies in defining their goals, in laying down and executing action lists with effectiveness, integrity, social responsibility and passion.